10 Best Places to Visit in Chittorgarh

Maverick | April 12, 2016
Chittorgarh harks back to the days of Rajput and valour. This land of Rajput’s offer a lot of historical tourist places to visit in Chittorgarh. This mighty fort was the capital of the Mewar Kingdom from the 7th to the mid 16th century under Sisodia Rajputs. Bappa Rawal wrested this place in battle from the leader of the Mori Rajputs but it was Rana Kumbha, who made it the pride of Rajasthan. The Mughals under Great Mughal, akbar stormed this bastion to prove their mighty.
Chittorgarh is known for its victory and its legendary heroic Rajput princess Maharani Padmini. Another famous woman of Chittor was the mystic saint Meera whose Bhajans/hymns still reverberate amidst the ruins.

Tourist Places to Visit in Chittorgarh : – 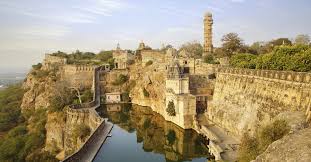 The fort at Chittorgarh is rated as the most impregnable, built by the Rajputs. Top in the list of visitors of tourist places to visit in Chittorgarh. 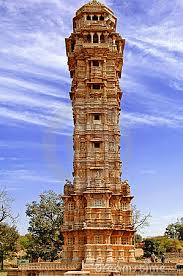 The ‘Victory Tower’ is the piece-de-resistance of Chittorgarh.
The tower has 9-stpreys and goes 37 metre high. There are religious inscription on the exterior of the tower. It was built by Maharana Kumbha.

Built by a wealthy Jain, the 22 metres tower is dedicated to the memory of Adinathji-the first of Jain tirthankaras. 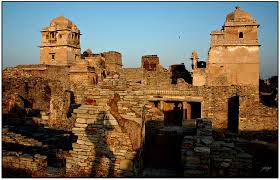 Though in ruins , the splendour of yester years still glisten through the decay of a palace which has weathered many a battle.
As the tale goes, it was in one of the underground cellars with a vaulted ceiling where Maharani Padmini committed ‘Jauhar’-the tradition of burning on a pyre. Top in the list of visitors of tourist places to visit in Chittorgarh. 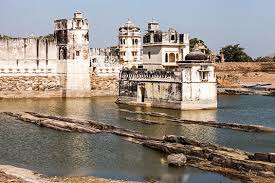 Having a commanding view of a pool, the palace where Queen Padmini is presumed to have lived, today lies in ruins. 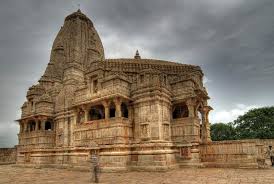 Rana Sangha’s eldest son Bhojraj had a poetess-wife,Meera, who led the life of a mystic, carving for ‘Krishna’. Top in the list of visitors of tourist places to visit in Chittorgarh.

A rare example of a sun temple being converted into one of Kali Mata-the mother goddess. In the 8th century, it was raised as a sun temple.600 years later, it was rededicated to the Mother Goddess. 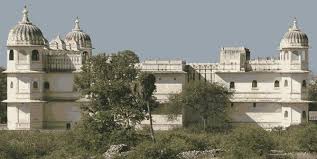 Fateh Prakash Palace, an imposing building a top the fort has been converted into a museum well worth a visit. Top in the list of visitors of tourist places to visit in Chittorgarh.
Main attraction :sculpture and armour.

Nagari
14 km. An ancient town in Rajasthan,it is situated north of Chittor.

10 Best Places to Visit in Chittorgarh

Chittorgarh harks back to the days of Rajput and valour. This land of Rajput’s offerRead More